The Best Time of the Year to Travel to Canada 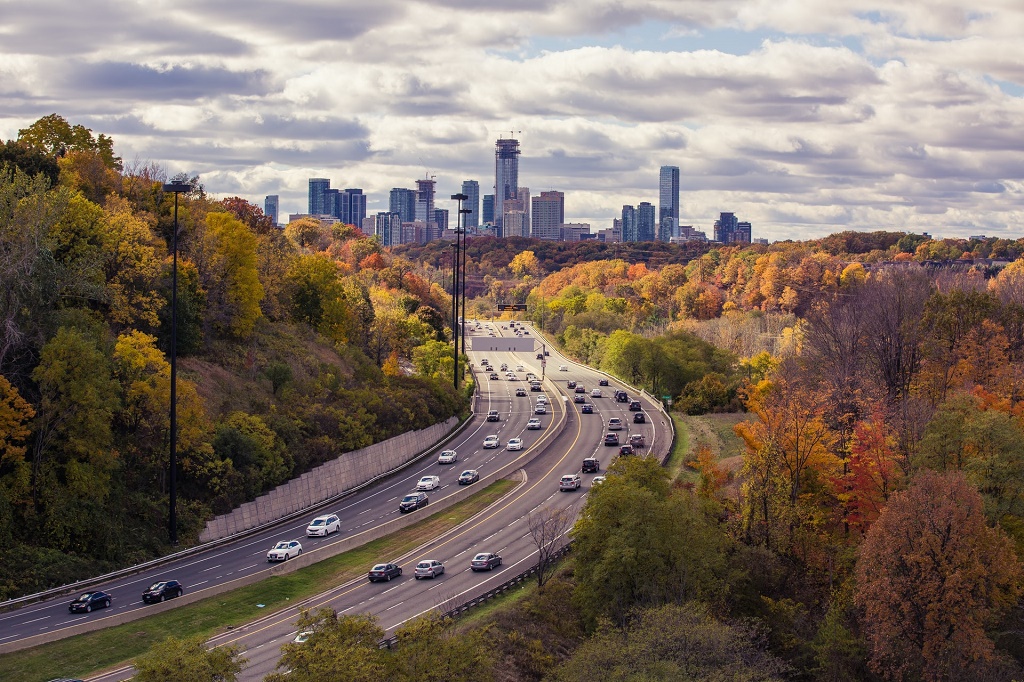 Today, Canada is one of the most popular travel destinations in the world. The country’s vast landscapes are teeming with sights that can be enjoyed throughout the year. But some parts are better to visit than others.

Which months to choose when planning a Canadian trip depend on your travel needs. In general, the best time of the year to go to the Land of the Maple Leaf is during the summer months – June through August. This is when the weather conditions are most favorable, with warmer temperatures and less chance of snowfall.

If you are visiting Toronto, Montreal or Ottawa – where you will find some of the highest concentration of cultural attractions in Canada – then your best bet would be to book flights for July or August.

The average daily high temperature in July is about 25 degrees Celsius (77 Fahrenheit). The lowest monthly precipitation of the year occurs during September and October. Be sure to pack your winter jacket if you plan on viewing Canada’s spectacular northern lights, which are visible between August and April. This phenomenon can only be viewed after dark – so book flights for September or October!

ETA to Canada (Electronic Travel Authorization) is an online visa for travelers from visa-free countries who wish to fly to Canada for tourism, business, or transit purposes.

The electronic travel authorization system was introduced by the Canadian government in May 2016 to facilitate and speed up the visa application process.

Canada ETA is a multiple-entry visa that allows its holder to stay in the country for up to 6 months at a time. ETA is electronically linked to the applicant’s passport and is valid for 5 years from the date of issue.

Canadian visa application online is way  easier and cheaper alternative than a regular visa application. ETA application is a completely online process, from filling out the form to paying the fee and receiving a PDF file with the approved electronic visa.

The processing time has been reduced from weeks (traditional visas) to up to 72 hours (ETA).

However, most applications are approved within minutes. To sum up, ETA is a secure and highly recommended online alternative to a regular Embassy visa.

What time of the year then you should go to Canada? What is the best month to visit in both popular seasons? The simple answer is:

Best time to travel to Canada in summer: July or August.

Best time to visit Canada in winter: January or February.

Most tourist attractions along Canada’s coasts exist due to its beautiful seaside scenery and mild weather. This makes summer the ideal time zone for an exotic Canadian holiday. July and August are peak times, so many tourists flock here during this time. However, it is also high season for mosquitoes during this period so you will need good bug spray!

Summertime in Canada can get very hot, not just because of the weather but also due to the high concentration of tourists on the road . The busy season for driving through Canada usually begins around May and ends around September. During these months, remember that there will be more cars on the road so it’ll take longer to reach your destination!

Alternatively, you could always avoid summer breaks at school or work by traveling before or after this period when traffic is low. Despite all these potential pitfalls with visiting Canada during summertime, it’s still one of the most beautiful times of year to visit our beloved country. If you are more prone to sunburns than mosquito bites, make sure to pack sunscreen , sunglasses, and a hat before heading out to enjoy the warmer weather.

If you’re visiting southern Canada in wintertime, don’t forget your hat because it gets cold! It snows frequently in places like British Columbia during wintertime as well, which makes that area more fun to visit in the summertime. Visit Canada’s northern territories, like Yukon and Nunavut , during winter season if you want to experience one of the most magical times to travel in this country. Many of these places are completely empty; making it feel like you have all of Canada’s national treasures to yourself! Just remember that temperatures can drop down below -40°C, so make sure to pack some warm clothes before heading up there!

Traveling by car is another popular way for tourists around the world to see Canada; especially considering how big this country is. Most people tend to visit the major cities first (like Vancouver or Toronto) before venturing off into deeper parts of Canada, so the best time to drive through this country is during fall or springtime.

Canada’s climate varies because it is so large that it crosses many different climates into the Arctic.

In some places, there are four different seasons of the year with large temperature fluctuations, while others have milder fluctuations even between the warmest and coldest months.

Back in the “best time of year” to travel to Canada, Canadian temperatures in June are around 20 degrees Celsius. Ontario might be closer to 25 or 30, while British Columbia and the east coast are closer to their mid-teen years.

There is a generalization, but you get the idea. Winter temperatures in Canada hover around -10°C, which can be 0°C in Vancouver, compared to -30°C in Ontario or Manitoba.

No matter what time of the year you choose to visit, there will be some special attractions waiting for you. Canada has an incredibly diverse climate and geography after all! You should also bear in mind that Canada falls into four distinct seasons – winter, spring, summer and fall. As previously mentioned, temperatures vary by location and it gets very cold in some places. The further North you go past the Arctic Circle, the colder it gets. Some places are warmer than others but don’t expect any tropical weather when in Canada! Pack clothes for all occasions, plan your trip to Canada and get your ETA 3 business days before setting off!