During the Tokyo Olympics of October 1964, Wilson Kiprugut Chumo finished third (800m) and won Kenya’s first Olympic medal. This achievement was historical, but it’s the 1968 Summer Olympics games in Mexico that will forever remain memorable to Kenyans and the World.

The games in Mexico City took place at a time when people around the World were agitating for better treatment of black people. A few months earlier, Dr. Martin Luther King, Jr had been assassinated and groups were coming up in protest. And so, when President ‎Gustavo Díaz opened the games on October 12, US Athletes Tommie Smith and John Carlos knew they had to make it to the podium and protest. 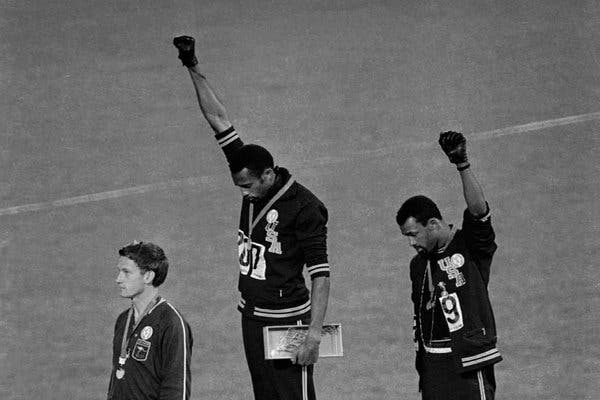 Days to the event, members of the Olympic Project for Human Rights group proposed a boycott of the games altogether. However, Tommie and John decided to participate and use the platform as an opportunity to call for change.

In the 200m sprint finals, Tommie Smith won Gold Medal while John Carlos Won Bronze. While on the podium receiving medals, the US Anthem started to play and the two athletes raised their fists – dressed in black gloves – in protest. Their black power salute went into history books and that was also the beginning of a new era for the black community.

Back here at home – Kenya – the country was gaining momentum after independence in 1963. Our flag had since replaced the union jack and the Olympic team went to Mexico City in the Harambee spirit. During the event a number of things happened;

Kenyan athlete, Naftali Temu crossed the line first to win Gold in the 10,000 meters’ race. It is said that “Temu saw Keino stumble and ‘thought he had better carry on’ and went on to win the First Olympic Gold for Kenya.” He also won Bronze in the 5,000 meters race.

It was In 1968 that Kenyan women started competing at the Olympic Games. Lydia Stephens, Elizabeth Chesire, and Tecla Chemabwai were the first in the history books.

#3 The beginning of the “Medal Chase”

Team Kenya won 103 Olympic medals with 96 of them being from athletics. The team came second behind the USA in track and field. Besides the games, Kenya’s East African Standard won a Silver for editorials while the Daily Nation bagged a Bronze for pictorial Supplement.

The Summer Olympic Games in Mexico City (October 12-27, 1968) were not the first nor the last to ever take place, but they remain in the hearts of Kenyans and many other people the world over.