About African Rails (Railways of Africa)

African Rails is a book of Trains, Steam Locomotives, Railways, and Rolling Stock. There are people who are addicted to rails. These people are sometimes called railway buffs, trainspotters, or simply train junkies. If you identify as such, or if the following quotes make you remember, then the African Rails page speaks your language.

The Man Who Watched the Trains Go by Georges Simenon

“That feeling about trains, for instance. Of course, he had long outgrown the boyish glamour of the steam engine. Yet there was something that had an appeal for him in trains, especially in night trains, which always put queer, vaguely improper notions into his head.”

The Railways of the World by Protheroe Ernest

“Even those who have no knowledge of the technicalities of locomotive design are interested in the railway engine; it seizes upon the fanciful mind of a child, and its appeal grows rather than lessens with the passing years because the adult mind better grasps the far-reaching utility of a contrivance that has contributed more to happiness than any other invention. Nor has the advent of electric traction robbed the steam locomotive of any of its fascination. An electric train, with its comparative silence and smoothness, somehow appeals less to the imagination than one headed by a throbbing, panting monster, which seems alive in hauling its load against time.”

By following African Rails (Railways of Africa), you’ll get to share and learn about railways in Africa and topics such us;

If you have used trains in any part of Africa, feel free to share your experiences by submitting your article or pictures to [email protected] 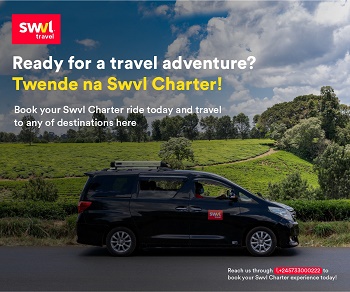